Schum Creative is pleased to announce that it has been awarded two spots in the annual American Graphic Design & Advertising 30 Awards competition for the design of Halcyon Fitness’ logo and digital illustration for MathTree, Inc.’s, “Grouper, the Regrouper” math camp character. The AGDA Awards will release a hard-bound book this winter where each will be featured.

The logo for Halcyon Fitness features a stylized symbol of a kingfisher bird. The dictionary definition of a “halcyon” is “noun: a mythical bird said by ancient writers to breed in a nest floating at sea at the winter solstice, charming the wind and waves into calm.” Halcyon Fitness provides life-changing focused, personal training and nutritional guidance to produce peace and happiness in the lives of their clients who are aiming to reach their goals for a healthier lifestyle. 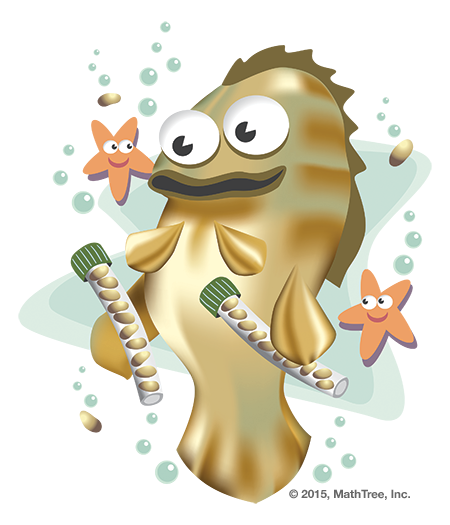 MathTree offers summer math camps and training sessions to kids from ages 5 to 15 in Virginia, Maryland, and Washington, DC. Custom illustrations were created and incorporated into the design of a brochure, camp inserts, postcards, and a progress card. “Grouper the Regrouper,” an original math character conceived by MathTree founder Lynn Salvo, was brought to life through digital illustration. The character has become a mascot for a portion of the camp.

About The AGDA Awards

Founded as American Corporate Identity (ACI) by logo and graphics expert David E. Carter, the competition has become a mainstay in the recognition of branding excellence. Receiving tens of thousands of submissions and representing as many (or more) creatives, AGDA is known as the premier showcase for the best graphic design and advertising in America. No more than 30% of submitted entries are chosen as winners, and each is titled with an Award of Distinction. AGDA’s Award of Distinction indicates the honored work exceeds industry standard in both concept and execution.